Purity culture really messed me up. It had me thinking that I was responsible for the actions of others, and made me think that if I weren’t modest enough that I could be the stepping stone to someone else’s soul heading in the direction of sinning. It taught me that my body was a weapon, and that I had to toe the line to make sure I stayed pure for my future husband.

It puts all the blame on the victims rather than forcing the abuser to take accountability for what they did. It forces the victim to blame themselves, and it makes them think that it’s their fault and not the fault of their abuser.

It is a harmful narrative, and it is part of the reason that I left the church.

Because religion can be really toxic, and church was never a place where I felt safe. I always felt like I was going to be judged or hated if I couldn’t fit in with everyone else. It made me feel awkward and as if I would never be good enough to earn God’s love, that I would never be pure enough for my future husband or good enough Christian.

Purity culture made me hate myself because it put an unnecessary amount of pressure on me, and an absurd amount of obsession with my virginity. It viewed me as a conquest, it viewed me as an object of a man’s pleasure. Just like rape culture, it didn’t see me as a fully functioning human being with thoughts, dreams, pleasures, and ambitions of my own. It saw me as only a wife, mother, broodmare, and the object of desire for a hypothetical husband one day that I would have to please.

There’s nothing wrong with waiting until marriage for sex if this is something that you want to do. But it’s also not unnatural for people to want to explore and know what their likes and dislikes are before they’re married. I think people should be able to make a right to choose what path in life is right for them rather than be forced to live their lives in a way that stifles or doesn’t benefit them.

It’s okay if you want to live your life by your religion’s rules. What’s not okay is trying to force people to live by your rules or your religion if they’re not interested.

I also think it’s time to explore purity culture and just how damaging it can be to women of all ages.

Jesus did say if a man’s eyes caused him to lust that he should pluck them out. So instead of constantly preaching modesty and modesty culture to women, you should also address the young men and men of the church and hold them accountable for their inappropriate behavior.

It is never a victim’s fault that they were assaulted regardless of what they were wearing or doing. Purity culture did me more harm than good. 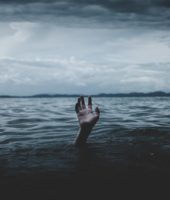