I was 14 years old when I purchased my first ever pack, Astrotarot by Russell Grant. Since then, a pack of cards has never been far from my side. My initial use of tarot cards was, of course, consumed wholly with what they could tell me about my love life. When my Wiccan dad and stepmum would read for me, all I was waiting for was the card that told me that true love was coming. Alright, forget true love, really I just wanted a nice boyfriend, a bit of a snog. Like many teenagers before me, the world revolved around me and my desires, and so for some time, that is how I used the cards; as prophesier of how likely or not I was to get hooked up. For years and years, those cards were barren on the boyfriend front. It was frustrating. But it reflected truth. Compared to many of my school friends I was a late starter.

But then I got started. My favorite tarot memory occurred somewhere amidst the melee that was losing my virginity and drinking far too much. I was staying at my friend Jenny’s house whilst her parents were on holiday. This was our very own American-style crazy spring break. We were 17 and a little wild. We had friends round every day, parties every night, we drank illegally, and I finally hooked up with a dude. As stated this was an important two weeks: Jenny got herself a long-term boyfriend and I lost my virginity to the guy who I had harbored a crush on since, like, forever. It was a rites-of-passage fortnight, but one soaked in modern terms, sex, drugs, rock and roll, oh and a little bit of tarot too.

The stand out memory I have of that two weeks was not the obvious one. It was not the memory of popping my cherry, that was in fact, rather forgettable. It was instead the mega tarot session I performed for around 20 young folks who literally lined up around the side of the house for their cards to be read. These teenagers, surely, had better things to be doing, like partying and shagging. Instead the word spread and before I knew it I had a captive audience who were willing to forego the dancing, drinking and youthful fumbling and who instead submitted themselves to something a little bit spiritual.

I loved every second of those readings. They taught me something too. They taught me that beyond the laddish bravado, the drunken banter, the girls’ thick make up, we are all sweet little souls, stumbling through life, looking for something a little bit deeper to grab onto. My tarot cards were a life-raft that night, they taught me about people, and they taught people a little something of their soul beyond the teenage culture of instant fulfillment. I have never felt prouder, as person after person marveled at how I knew them, at how I had read their lives and how the advice I gave was just perfect. What an unexpected privilege.

This was a turning point. With my virginity a distant memory, my use of the cards shifted. No longer was I so concerned with that particular milestone, and instead I began to use the cards as a tool to spiritually activate and intrigue other people. At the same time, my use of tarot meant I was connecting with some fundamental universal archetypes and understandings of life. Some people take a lifetime (or several) to uncover such truths. Yet the cards afforded me a glimpse into a human spiritual condition often unfamiliar to one so young.

When I was a youth, tarot felt all-powerful. In honing my tarot skills, I felt I had an ability to connect with others. This ability was like an icebreaker in any situation. I was a shy kid really, yet with tarot cards in my hand I could talk to people on the deepest possible level. I could uncover their soul and see past all the devices and delusions that they surround themselves with, and I could see them, the true them in all their colors and dimensions. It was a beautiful experience, and one that I treasured.

I have learned over time, and with the inevitable maturing benefits of age that tarot cards are not necessarily a great party game. That special night my readings were treated with reverence and respect, though these days I take my tarot with green tea and homemade cupcakes and would not recommend conducting sessions whilst under the influence of anything. But to be real, to keep my story honest, I will confess that my early tarot learning was set amongst the paraphernalia of youth, and, yes, that meant parties and craziness.

As I’ve grown into my understanding of tarot, I see them now as a good friend. One who is willing to impart fabulous, soulful, friendly advice to anyone who’d like to hear what they have to stay. Whilst tarot started out about my experience of other people, they have morphed into a roadmap to my own inner self, through them I get to know my personal intuition and my soul. Tarot are a tool for self-empowerment and inner understanding like nothing I have previously known before or since. They changed my life. 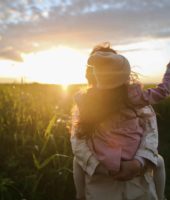 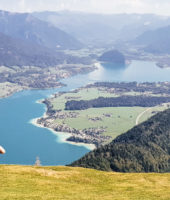